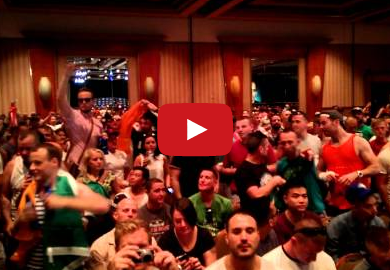 We all saw earlier this summer during UFC Dublin that the Irish have arguably the loudest UFC fans. However that was when Conor McGregor was fighting in his home country of Doublin. When McGregor stepped on the scale at the UFC 178 weigh-ins yesterday, the Irish crowd went wild…in Las Vegas.