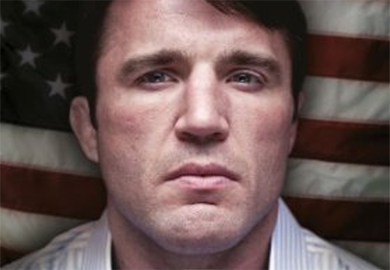 By Evan Stoumbelis
After losing to Anderson Silva for a second time, fans are left to wonder what Chael Sonnen‘s fate will be. Chael spoke with UFC Today’s Ariel Helwani about a possible move to the Light Heavyweight division.

“There is simply an option to start over by changing weight class. My mentors have done it, and it could happen. I would go up to 205. Jon Jones. There are some great guys at 185, but traditionally and historically, it is a good way to get a fresh start and start over.”

Here are 5 reasons why we haven’t seen the last of Sonnen in the Middleweight division:

Sonnen looked good in the Silva fight
Anyone that watched Chael’s last fight with Anderson Silva saw that Chael looked good. He came out strong in the first round, and demonstrated superb wrestling skills as usual. Before that loss, Chael was on a 2-fight win streak, defeating Brian Stann and Michael Bisping, who are both very good fighters. Chael has put together a successful middleweight career, and become #1 contender twice.

Anderson Silva is nearing the end of his career
Anderson Silva has been fighting Mixed Martial Arts for 17 years, and has put together an unbelievable record, but the fact of the matter is, at 37 years old, Anderson is nearing the end of his career. When Chuck Liddell retired in 2010 he was 42 years old, that being said he went 1-5 in his last 6 fights spanning over his last 3 years. Chael Sonnen on the other hand is only 34 years old. If Anderson retires soon, there will be nothing stopping Chael from winning the middleweight title.

Chael promised his dad he would win a title
This feeds off of my last point, Chael promised his dad before he died that he would win a UFC championship for him. Chael is only 34 years old, and many of the top level middleweights are around the same age (Bisping, Munoz, Maia etc) and in my opinion, his chances of defeating another middleweight for the title after Anderson retires are far greater than his chances of defeating Jon Jones at light heavyweight.

The move to light heavyweight won’t be permanent
If Chael moves to Light Heavyweight like he has talked about, I can’t imagine the move being permanent. Chael would only be fighting in the light heavyweight division until Anderson retires. As I said before, once Silva retires, there will be nothing stopping Sonnen from getting middleweight gold.

Sonnen vs Jones would be a bad idea
Stylistically, Sonnen would not do very well against Jones. Unlike Silva, Jones has a wrestling background, he was a high school, and collegiate wrestler. Jones is also known for his unorthodox striking and unbelievably long reach, Jones holds a 10 inch reach advantage over Sonnen. Therefor I give the advantage to Jones over Sonnen in a fight.

What do you think PENNATION? Should Sonnen move up to 205?

Who’s next for the Korean Zombie