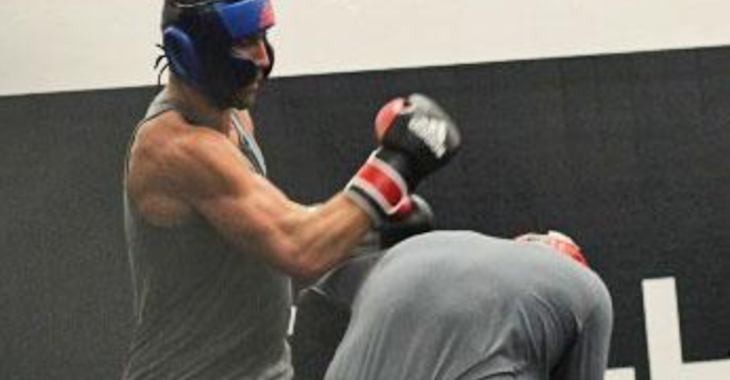 Over at the AKA gym there are three fighters getting ready for a UFC title fight.

Current light heavyweight champion, Daniel Cormier, will defend his belt against Alexander Gustafsson at UFC 192 on Oct. 3. Luke Rockhold will look to grab the middleweight belt from champ Chris Weidman at UFC 194 and former heavyweight champion, Cain Velasquez will try to reclaim his title when he meets Fabricio Werdum for a rematch.

AKA is known for it’s intense training. UFC president Dana White has said several times he thinks it’s too intense, but it looks like they aren’t interested in changing up their successful formula.

Here’s a pic of Rockhold and Cormier training together and sparring.

How do you think each of their fights will play out? Sound off in the comments!