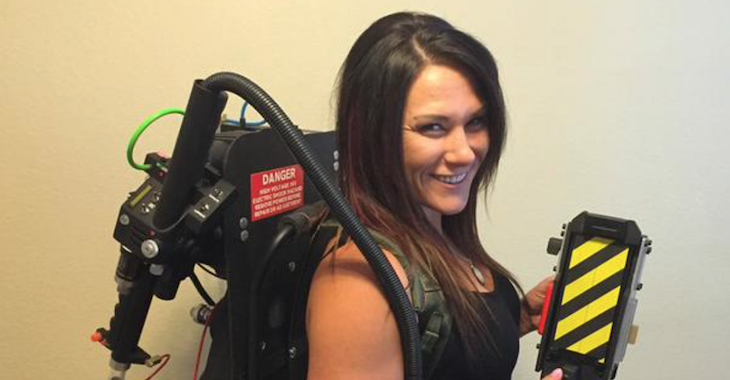 There has been no word on when, where or who she will be fighting next, but in the meantime it looks like she’s trying to get into the movie business, maybe.

Zingano posted a picture on social media of herself wearing a proton pack from the ‘Ghostbusters‘. A new movie is currently being filmed that stars an all female cast of ghostbusters and it looks like Zingano wants on that team!

Would you want to see her make a cameo?