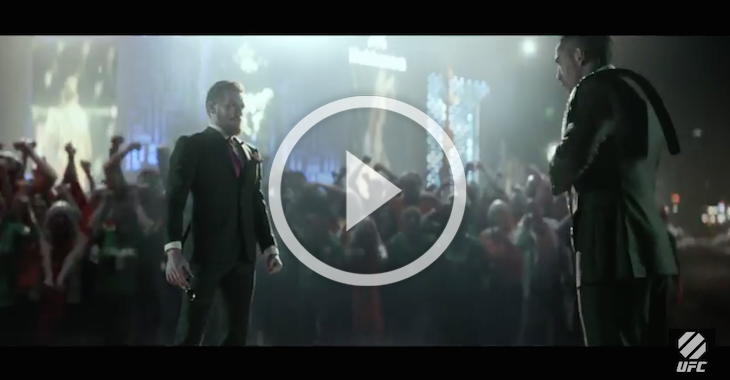 UFC 187 was a spectacle unto itself considering the fact that there were two championship fights featuring the likes of Chris Weidman, Vitor Belfort and Daniel Cormier. However, chills were sent down fans’ spines when UFC aired the newest commercial for “UFC 189: Aldo vs. McGregor”. The commercial cost a fortune, according to Dana White.

The commercial was produced by Digital Domain which is a visual arts studio that has won several Academy Awards and has done special effects for Hollywood movies like Transformers. Check out the newest commercial above!