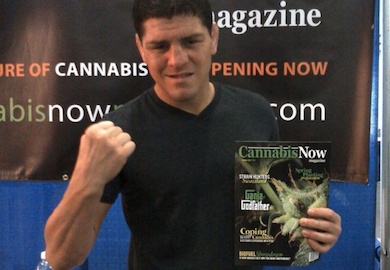 “Anderson’s ranked No. 1 in the world right now at 185. So obviously, Diaz, who is a 170-pounder, if he beats Anderson, it would be a pretty big statement for him.

“We’ll see what the landscape looks like when that fight happens.”

During a recent sitdown with fans in China (Replay HERE), UFC President Dana White discussed what’s on the line for his UFC 183 headliner between Nick Diaz and Anderson Silva.

The two MMA legends will square off in January on pay-per-view.