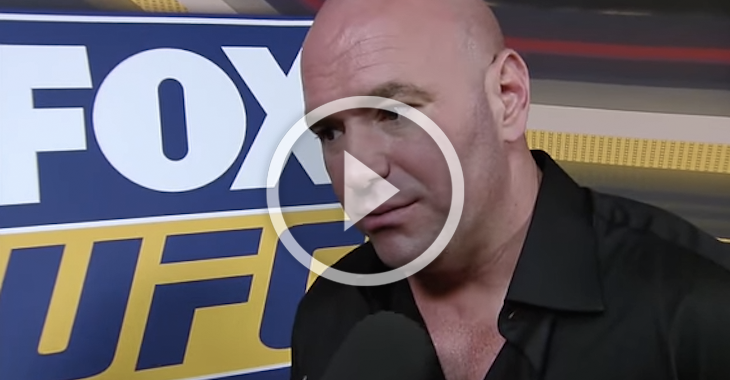 It was a sad day in mixed martial arts when Jabob “Stitch” Duran was released from the UFC for speaking out against their partnership with Reebok. “Stitch” has since spoken out about getting fired from the UFC and was upset at the fact that the call didn’t come from Dana himself.

“To get a nut shot by Dana in him not calling me and having the balls to call me, it just showed me the kind of characters that I was dealing with,” “Stitch” confessed. “Dana has definitely changed.” “Stitch” also went on to claim that he was friends with Dana White, but White was quick to dismiss that claim last night after ‘UFC on FOX 16’ went off the air.

Did the UFC overreact in firing “Stitch”, or was it justifiable? Share your thoughts in the comment section below!