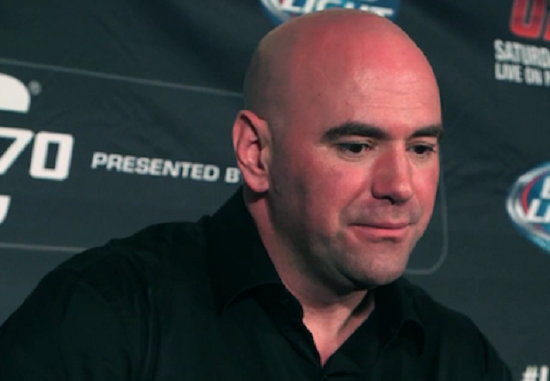 UFC President Dana White plans on proving the UFC still has the power to draw.

And after a terrible showing in 2014, the UFC boss plans on getting their ground back with the first show of 2015, Jones vs. DC.

“I think this fight will do 750[k buys], that’s where I place the line. Everyone thinks the pay-per-view thing is dead. Pay-per-view isn’t dead. We just had a bad year.”

“This year has been the most challenging year we’ve ever had.

About 80 percent of the fights we wanted to put on got canceled for whatever reason. Injury, drug test, somebody had a baby, who knows. If it could happen, it happened in 2014. I can’t wait to get to next year.”