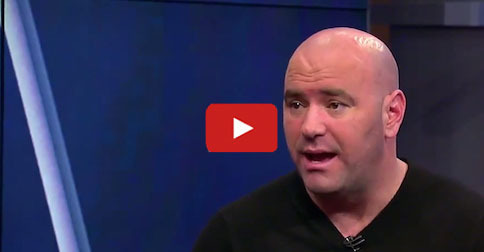 “What happened was, so they do these tests leading up to a fight, these random drug tests, and he tested positive. No, (there was no talk of postponing the fight) because No. 1, he was healthy. No. 2, the reason you would stop a fight and the hammer would drop on a guy would be if he tested positive for performance-enhancing drugs.

“(Daniel Cormier) was not because he didn’t need to be. If he tested positive for performance-enhancing drugs, everything would have got shut down. The other thing people have to understand about this situation is Jon Jones was contracted to fight. We have a contract with him. Everybody thinks that we can just say, ‘Hey, the fight’s off. The fight’s not happening.’ Damn right he had the right to fight.”

“I talked to him yesterday before he went in, and I’m hoping that I’ll be able to talk to him tonight. He was in a good place going in there and I’m sure he’s in an even better place today. I look forward to talking to him today.”

“If you look at how shocked everybody was by this, nothing you saw in Jon Jones leading up to that fight would make you think that he used drugs,” White said. “In a situation like this the last thing you worry about is his image right now. You worry about getting the guy healthy, he’ll come back, and whether you like him or you don’t like him, he’s the baddest dude in the world. He’s the pound-for-pound best guy in the world. What’s even crazier is you do these tests to look for performance-enhancing drugs, the stuff he was doing, it hurts you. It doesn’t help you in any way, it actually hurts you. So imagine how good this guy’s going to be when he gets straight.