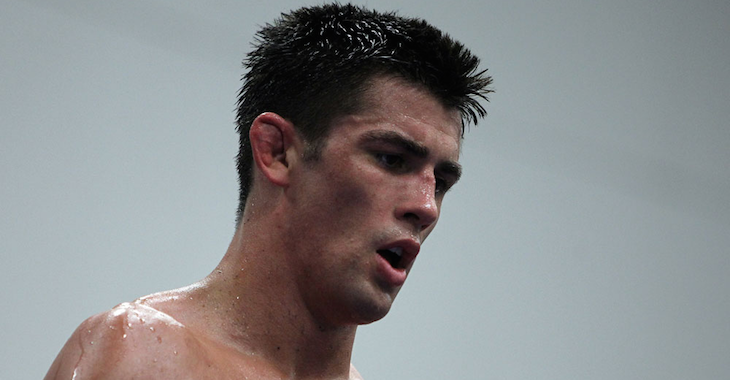 With Renan Barao out of the picture, it seems the stage has been set for TJ Dillashaw to defend his UFC Bantamweight Championship against Dominick Cruz. Dana White believes the fight makes sense as long as Cruz can stay healthy.

Cruz has had a bad history with injuries keeping him from staying active. After defending his UFC Bantamweight Championship against Urijah Faber, Cruz suffered an ACL injury that forced him to watch from the sidelines for almost three years. Cruz made his return from inactivity at UFC 178 where he dominated Takeya Mizugaki, earning the right to fight for the championship in the process.

Then, he suffered another ACL injury

Cruz recently revealed that he is expecting to return to the octagon near the end of the year. Do you think he’s next for Dillashaw? Share your thoughts in the comment section below!