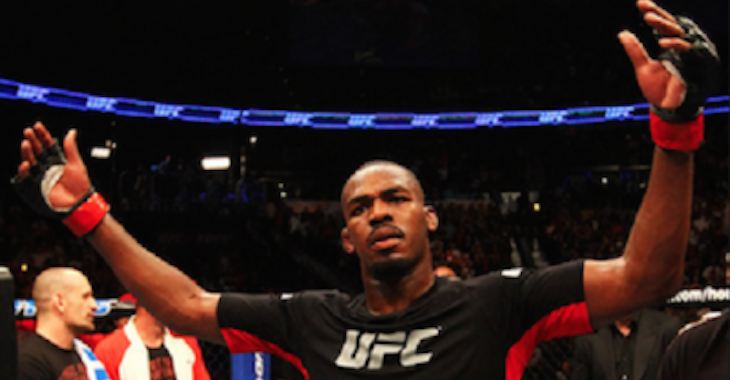 “Before anything else he needs to learn the principles of jiu jitsu, understand the rules, the philosophy, he has to spend some time. I can’t just give him the belt because he’s Jon Jones. So, about that classic photo where he’s got the white-belt, I said ‘Jon, I’m going to put the white belt on you because you never trained in the gi. You’re good as hell, you caught a black-belt in a guillotine and all, but that doesn’t make you a black-belt.’ So, I want him to put in work. It’s a way of forcing him to put on the gi and take some lessons, the same way my other students do. I don’t think it’s fair to my students who work one or two years to get a blue-belt for Jon — because he’s a UFC star — to get the blue belt without knowing the philosophy, without knowing who my master is. That’s how I think and he respects that a lot.”

UFC Light Heavyweight Champion Jon ‘Bones’ Jones has defended his championship several times, once submitting BJJ black-belt Lyoto Machida by way of submission— and he did it all with a white belt.

Jones walks into the octagon against Anthony “Rumble” Johnson with a white belt, but he could likely out grapple Johnson if the fight is taken to the ground. Jones’ trainer Robert Tussa confessed in an interview with Tatame that one of the main reasons Jones is still wearing a white belt is because he doesn’t train in a gi.

If Jones trained in a gi, what level belt do you think he would be?