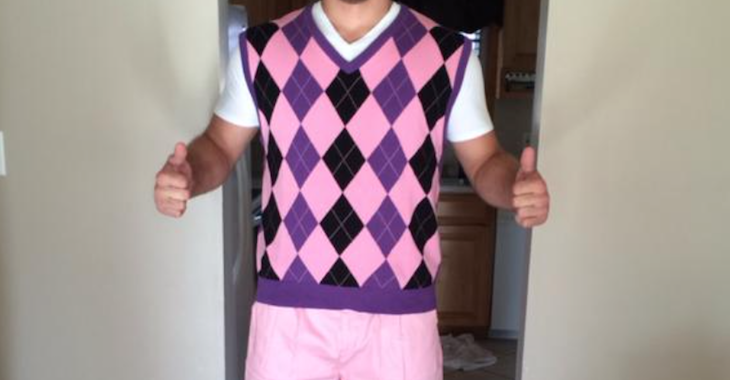 UFC heavyweight Stipe Miocic is ready to hit the golf course. The Ohio based fighter shared a picture on his Twitter of him sporting a pretty unique look with the caption “Just sitting here waiting for @Cowboycerrone to invite me out golfing.”

What would you think if you saw this guy walking around the golf course?

Just sitting here waiting for @Cowboycerrone to invite me out golfing pic.twitter.com/97LBH9YofJ

Miocic is expected to face off with Ben Rothwell in Dublin, Ireland at UFC Fight Night 76. There were talks of him challenging for the heavyweight title, against champion Fabricio Werdum, after his thrashing of Mark Hunt. Turns out that isn’t the case and he’ll have to do some more work before attempting to grab that gold.