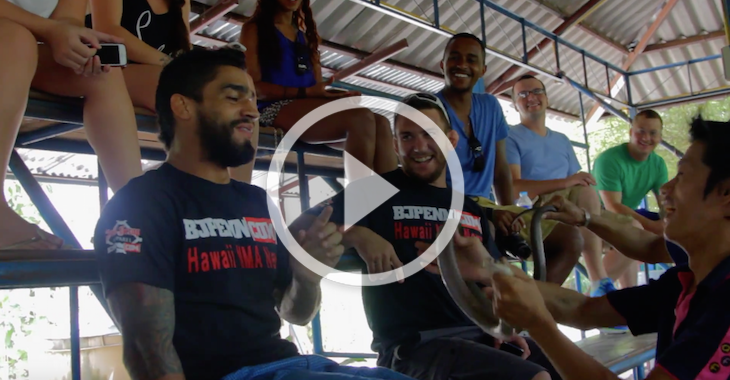 The UFC’s Thiago Tavares and Nazareno Malegarie are on location in Thailand training for their Octagon returns with Phuket Top Team and playing with snakes.

Watch the fellas come face to face with King Cobras n this sneak peek of our Phuket Dreaming series!

The man handling the snaked has been bitten TWICE over the course of his eight year career as a snake charmer. He was hospitalized for both bites and was once put into a coma from the snake’s venom.

It’s about as real as it gets!

We’re already two-episodes deep into season 2. Get caught up HERE!