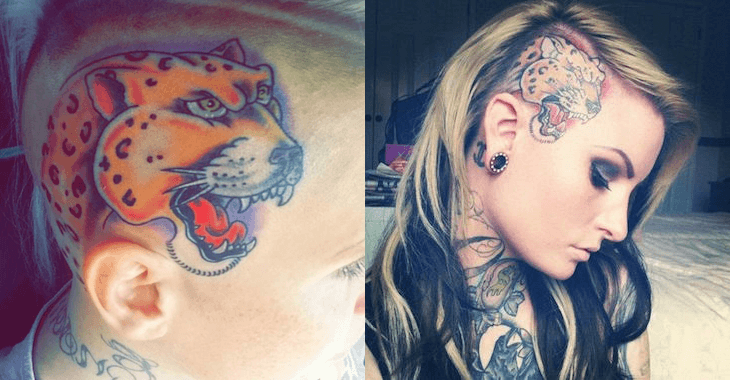 Alright this seems to crazy to be true. Obviously there are people out there who have identical tattoos, it’s almost impossible for duplicates not to happen, I mean, how many guys have you seen with basically the same trial arm band? Exactly.

But this tops all of those by being the craziest. UFC strawweight Bec Rawlings just recently got some new ink, a giant head tattoo of a jaguar? I think it’s a jaguar. It takes up the whole side of her head and it super colorful and one of those tattoos that screams out, ‘look at me!’

So, pretty cool right. Well here’s where the weird stuff happens. Posted by UG’er Riss_G, is a photo that he claims to have stumbled on a year ago when searching on Google.

I mean, the pictures really do all the talking here.