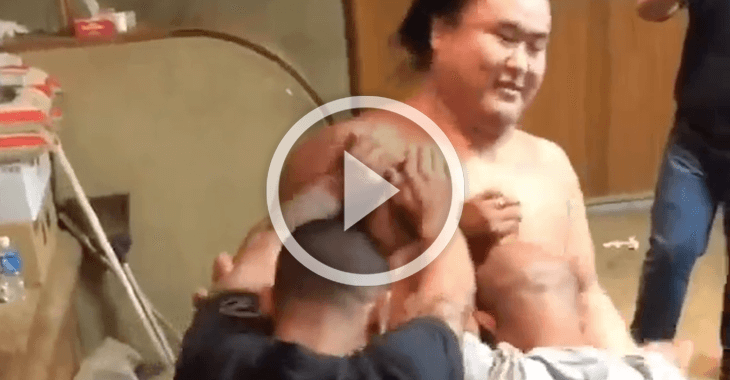 UFC Fight Night: Japan goes down tonight with heavyweights Josh Barnett and Roy Nelson set to headline. However, it was two of the UFC’s lighter weight fighters who took on a sumo champion.

Flyweight champ Demetrious Johnson and Cub Swanson tried their best to move the sumo wrestler, but they failed big tim. Swanson posted the video on his Instagram, showing the two of them giving their all to push the massive sumo champ even an inch.

I think a sumo champ should come over into the UFC and we should see how they do. I mean, they probably wouldn’t do very well, but still, it’d be fun to see.