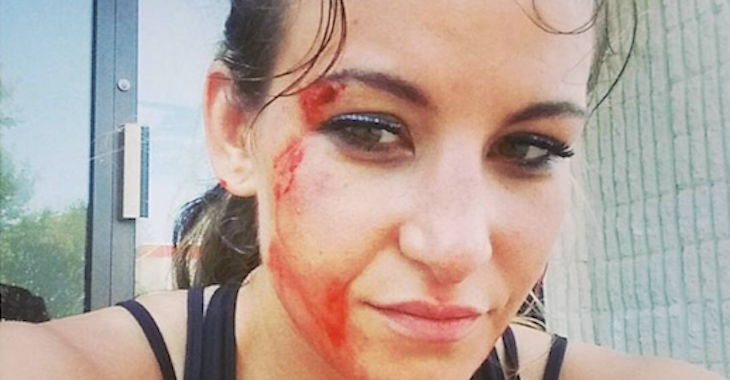 UFC bantamweight Miesha ‘Cupcake’ Tate didn’t get the title shot she was promised, but is currently filming a movie with the likes of Cristiane Cyborg and Holly Holm (the girl who got the title shot instead of her).

The filming for ‘Fight Valley’ has started and it looks like Tate’s already getting bloody. Of course, it looks like all the blood is fake and she’s simply in character.