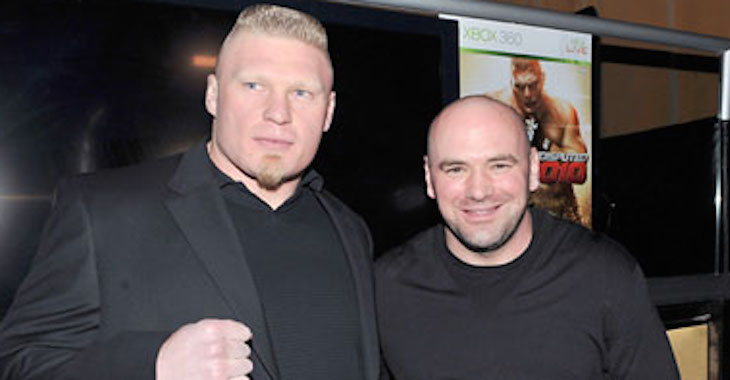 “Not very close at all. We’d known that Brock was probably going to take a pass and go back to wrestling, which was the right move. You know, Brock came in here, he did incredible things and he got a great deal from Vince (McMahon). He’s 38 years old, man. It makes all the sense in the world.”

Whether you love him or hate him, it’s a fact that former UFC Heavyweight Champion Brock Lesnar is what’s best for business. Lesnar was the top draw for UFC pay-per-view sales when he was under contract and rumors were circulating that he could be making a comeback.

Rumors were quickly squashed when it was revealed that Lesnar chose to re-sign with professional wrestling company WWE.

Dana White was a guest on 106.7 The Fan and revealed that they were not even close to re-signing the former champion.