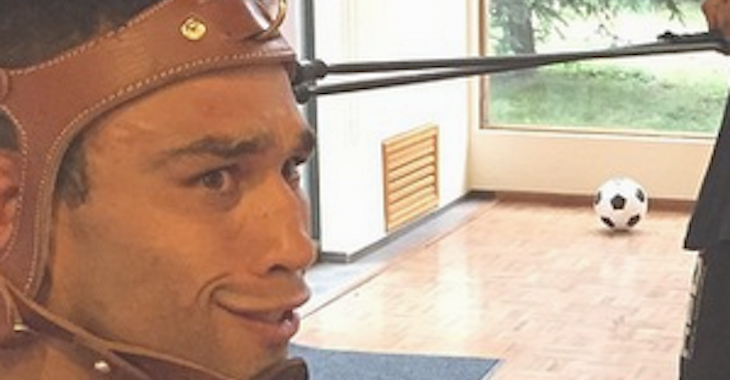 Cain Velasquez won the UFC Heavyweight Championship from Junior dos Santos at UFC 155 and had only defended it twice since then. Velasquez has suffered a couple injuries that forced him out of action including a bout with Fabricio Werdum at UFC 180.

With Velasquez out, Mark Hunt stepped in and battled Werdum for the interim heavyweight championship. Werdum won the bout in spectacular fashion and has been waiting for Velasquez to heal up. They will finally meet at UFC 188 and Werdum is preparing for the heavy hands of Cain by… training his chin?

Who walks out of the octagon as the undisputed UFC Heavyweight Champion?