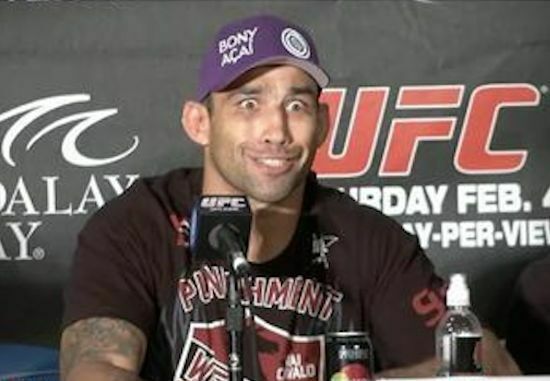 “I was relaxing here in Mexico with my team when I got a call from Dana White. He said ‘I have good and bad news for you, Fabricio. The good one is that you will still fight for the title on Nov. 15, and the bad news is that Velasquez is out with a knee injury, and you will fight Mark Hunt instead.’”

“I felt weird. My goal is the title, of course, but Cain Velasquez was a great challenge and is the current champion, but it happens.”

“I watch Mark Hunt fight for a long time, since his K-1 days. He’s a nice guy. He tries to knock you out all the time. That’s his style. He doesn’t have a great ground game, but he’s good defensively. I will have to change my strategy, but I will stay focused on winning that title on Nov. 15.

“I know it’s not an easy fight. Mark Hunt has a huge knockout power, but I will do my best to avoid that. I envision this fight like my fight with Roy Nelson. I will do the right thing to win the title.

“He’s a heavy guy and has a great chin. I have to be careful. I can’t say he’s an easier opponent than Cain Velasquez. There’s no easy fight in the UFC. Anyone can beat you. Everybody knows Mark Hunt’s punching power. I think my only advantage in this fight is that I’m training for a long time for it.”

In a recent interview with MMAFighting.com’s Guilherme Cruz, Fabricio Werdum touched on his recent change of opponent.

Werdum, who was originally set to fight Cain Velasquez, will now headline in Mexico City opposite Mark Hun.