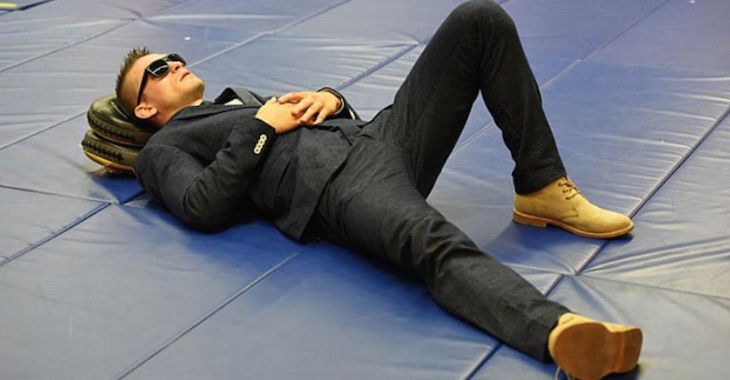 At twenty-six years old UFC lightweight Johnny ‘Hollywood’ Case is concerned more with the journey rather than the destination, at least at this point in his career.

Case is 21-4, 3-0 in the UFC and currently carries around an eleven fight win streak. ‘Hollywood’ is in no hurry though and currently sees his run in the UFC as a way to make life experiences and travel the world.

“Right now I see myself as one of the top guys at 155,” Case told BJPENN.COM, “I know I can compete with anybody in that division and I sincerely mean that. As far as competition goes, I’m not necessarily worried about competition right now. I’m still only 26 years old, I plan on doing this for a long time, I plan on being in the UFC for a long time. Right now I’m just taking my time, going slow. What I really want from the first year or two in the UFC is to just travel the world.––I want to fight in Australia, I want to fight in Ireland, I want to fight everywhere, you know.”

“I know I’m ready, I just want to make this a lifetime experience as well.”

Case last fought at UFC 188, in Mexico City, and defeated Francisco Trevino via unanimous decision. Case said he would really like the chance to fight in Brazil, when the UFC travels to Sau Palo in November.

Case is from Iowa originally and, just recently, moved to Phoenix to train at Power MMA. So why the name ‘Hollywood’? Well he explains that it comes from his flashy fighting style and, well, his ‘pretty boy’ looks also have something to do with it.

“I got the nickname Hollywood, it started out because I had a lot of flashy fights, knockouts, and I was a flashy entertainer,” explained Case,“I also got it because of my pretty boy looks, they didn’t necessary look at me and think I was a fighter, they kind of thought I was a Hollywood, you know, kind of glamour pretty boy. I got the nickname when I was eighteen and as I got older and kind of came into my own and developed my own mindset to fight I just kind of fit the image. I like to put on a show––you can be selfless that way. Let’s say when you’re fighting, it’s entertainment, you’re fighting to entertain people. If you’re not an entertaining fighter, nobody wants to see you fight and if nobody wants to see you fight than you don’t have a career.”

Case continued, explaining that he makes the most out of his time in the cage and always looks to put on a show for the fans.

“So when I get in there to fight I’m not just looking to win, I’m looking to excite. Whether that’s smiling or putting on flash, talking sh*t, just putting on an outstanding performance.”

Cases’ training partner and fellow UFC fighter Myles Jury just recently announced that he’s making the move to the featherweight division, even after having success at lightweight, and according to Hollywood, that move could be in his future as well, maybe.

“You know, it’s possible,” admitted Case,“I feel good at 155, I feel tall for the weight class, but then, I’ve never fought guys as big as some of the guys that are out there you know. I feel like I’m a pretty good sized lightweight and then I see big lightweights, guys cutting from 190 to 200 pounds and that kind of puts it in perspective. Right now I’m happy to stay at lightweight, but you never know what the future holds.”

So ladies and gentleman, just sit back and enjoy the show that is ‘Johnny Hollywood.’