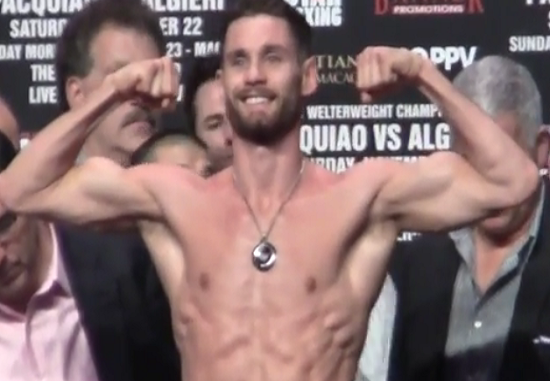 Gearing up for tomorrow night’s title bout for the WBO super lightweight title, Manny Pacquiao and Chris Algieri weighed in, where both fighters made weight, and then had a staredown.

Manny Pacquiao on the other hand made weight the first time.

The bout will proceed as planned tomorrow night, live from Macau, only on Pay-Per View.

Who do you have taking home the WBO super lightweight title tomorrow night?