Home » MMA News » Videos » Weidman Has No Doubts That He’s Better Than ... 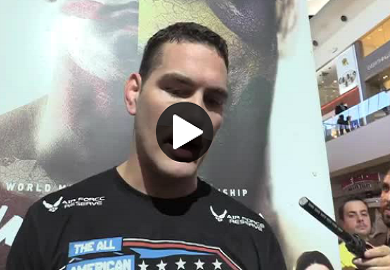 UFC middleweight champion Chris Weidman is getting ready for his second title defense this Saturday against Lyoto Machida, but during an interview with the media Weidman said he has no doubts that he is better than former middleweight kingpin Anderson Silva, whom he beat two times.