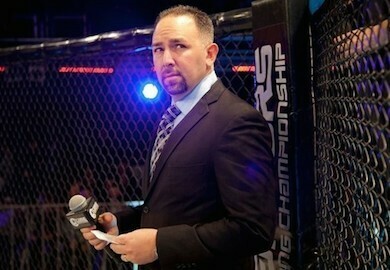 World Extreme Cagfighting’s ring announcer, Joe Martinez has spent much of the last several years on the sidelines, and out of the Octagon.

But that’s all changing.

With the ever-growing expansion of the UFC, and there only being one Bruce Buffer, UFC Tonight writer, RJ Clifford is reporting that a deal with Martinez has been made.

Hearing Joe Martinez signed a new 9-event deal with UFC. Likely see a lot more of him in 2015.