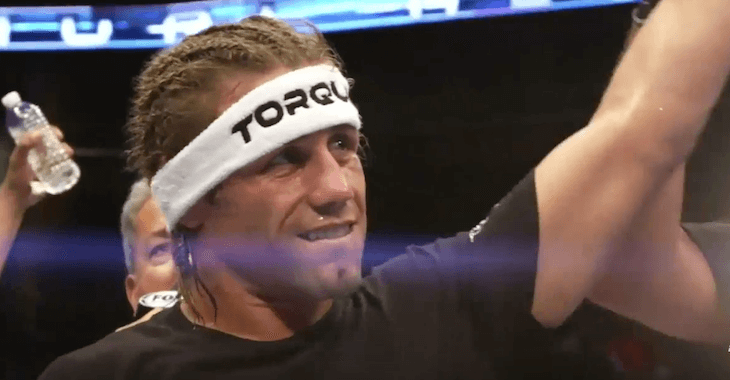 Team Alpha Male’s Urijah Faber gets the question a lot, ‘would you fight TJ Dillashaw?’

He’s never said yes he would, just that he’s open to all options and that you never know what’s going to happen.

In this interview below he says that again, and also that he’s not gunning for the fight or asking for it, but he has told TJ before that if he thought it was the right fight for him than he wouldn’t be mad if he asked for it.

So, sounds like it’s highly unlikely, but not 100% impossible that the fight would ever happen.

Would you ever want to see the two teammates square off in that cage?