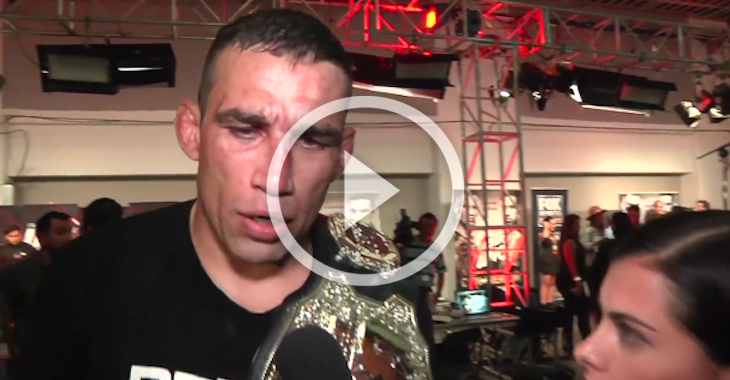 New UFC heavyweight champion Fabricio Werdum spoke about his historic victory over Cain Velasquez at UFC 188 with UFC correspondent Megan Olivi backstage in Mexico City. Werdum walked into enemy territory and walked out with the grandest prize of them all. Check out his interview above!