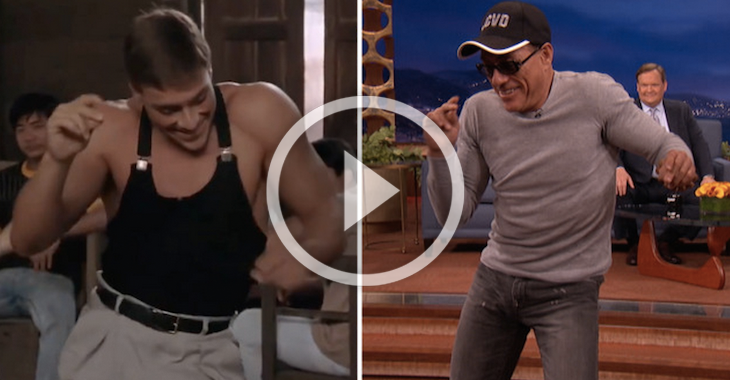 Jean Claude Van Damme may be fifty-four years old, but he can still move like he did in his prime!

Van Damme is known for being one of the most influential actors in martial-arts movie history. Countless fighters who have stepped into the octagon have cited “Bloodsport” as one of their favorite movies. Van Damme has also starred in “Kickboxer”, but the most famous scene from that movie has very little fighting from it.

Watch Van Damme as he reenacts the dance scene from “Kickboxer”!