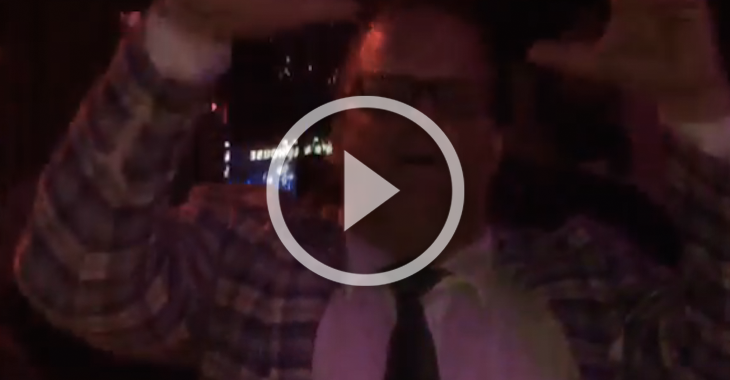 Urijah Faber was out on Saturday night celebrating another Team Alpha Male victory! TJ Dillashaw successfully defended his UFC Bantamweight Championship for the second time at “UFC on FOX 16” against Renan Barao in a captivating performance.

After the bout, the boys went out to party and ran into this ridiculous Chris Farley impersonator! He’s dressed up as one of Farley’s most popular characters from Saturday night live, Motivational Speaker Matt Foley.

In a Van down by the river!