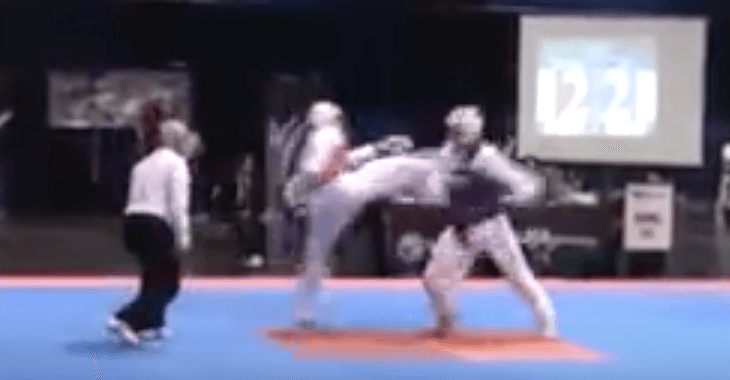 The Ultimate Fighter 22 kicked off last night and we got introduced to some of the fighters who’ll be on this season.

One fighter that put on an impressive performance in his fight to get into the house, was Thanh Le, who won via KO and will be on Team Faber.

Well, since it’s Thursday, check out this throwback video of Le doing some more damage, this time at a taekwondo tournament, where he lands a beautiful spinning back kick that drops his opponent.

Definitely watch out for this guy on the show!