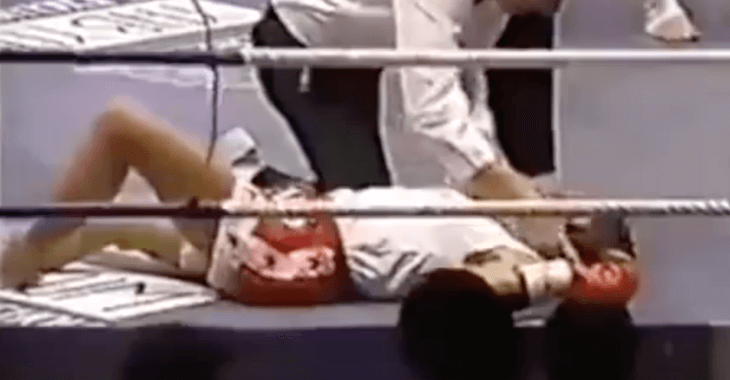 There is all this talk going around about a female fighter taking on a male fighter. Specifically when it comes to Ronda Rousey and Floyd Mayweather. The two have gone back and forth with verbal jabs for a while now and there’s always that reporter that asks the awkward question, ‘would these two ever fight?’ No, the will never fight and they should never fight.

However, there was a time when one of the best female kickboxers took on a male counterpart in an exhibition match. Unfortunately it didn’t work out well for the female fighter, who got KO’d.

‘Lots of talk about a male vs. female in a fight recently. Here’s a champion that actually did it — Lucia Rijker, one of the all time great kickboxing and boxing champions facing off against Somchai Jaidee in an exhibition match.’