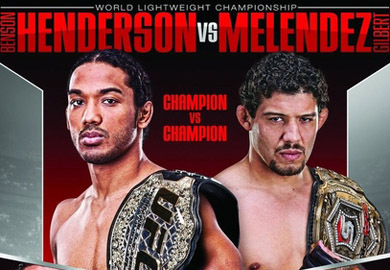 In the main event Gilbert Melendez will attempt to capture UFC gold against champion, Benson Henderson.

UFC on FOX 7 takes place from the HP Pavilion in San Jose, California.

Immediately following tonight’s event viewers can tune in here to catch the post-fight media event which will feature UFC President Dana White and many of the night’s main card fighters.

Use the player below to catch all the action: