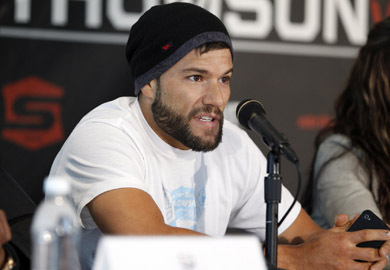 Today from Sacramento the UFC is holding a press conference in anticipation of UFC on FOX 9: Pettis vs. Thomson.

UFC on FOX 9 is set to go down on Dec. 14 at MTS Centre in Sleep Train Arena in Sacramento, Calif. In the main event newly crowned lightweight champion Anthony Pettis will defend his title for the first time against former Strikeforce lightweight champion, Josh Thomson.

You can catch the presser live right here on BJPENN.COM starting at 1:00 PM Pacific Time in the player below.