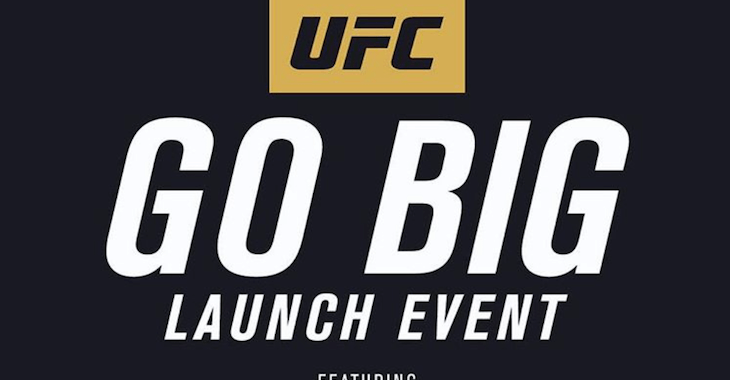 Today at 3:30 PM ET, tune in to BJPENN.COM to watch the special UFC ‘GO BIG’ event. The star studded event will serve as a platform to unveil and showcase the schedule of upcoming live UFC events.

Included in the presentation will be the UFC’s biggest and best stars, including Conor McGregor, Ronda Rousey, Jose Aldo and much much more.

Check out the full roster below, and the live stream below that:

There are those saying the UFC could also announce several big fight and even a possible new addition to their roster, some Russian heavyweight. But, none of that is confirmed, just rumors and wishful thinking at this point.

But hey, you never know.

‘The UFC will GO BIG, with the announcement of its new seasonal campaign, showcasing a series of can’t-miss fights on its upcoming live event schedule.’