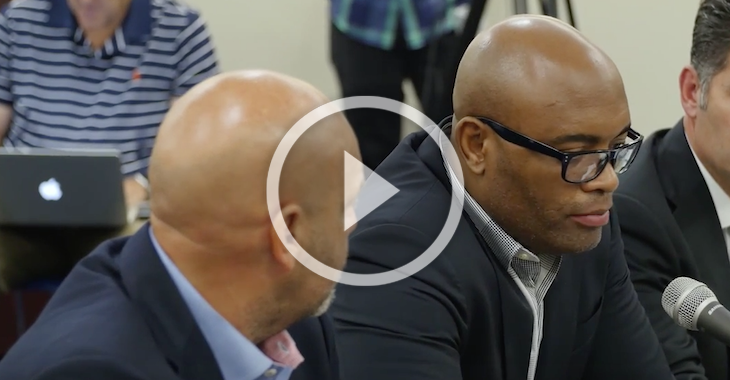 Former UFC middleweight champion Anderson Silva attended the NSAC hearing today in order to present his defense regarding his failed drug tests from UFC 183, back in January.

Things went about as bad as they could have for the former champ. From strange translator issues, to constant changes in his stories, needless to say the commission wasn’t feeling very lenient by the end of the hearing. They dished out a one year suspension along with fines and had his win overturned to a NC.