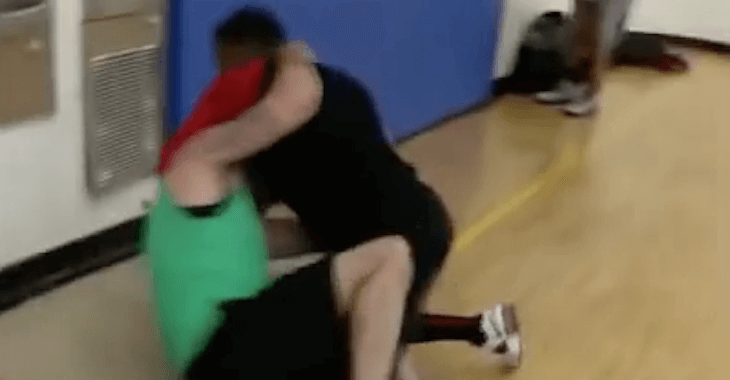 You hear about this a lot, someone trying to be tough and starting a fight with a stranger, then find out really quick that the stranger is a trained fighter.

The lesson there is, don’t try to be a tough guy. Case in point, this video below. We see a guy get pretty upset over a basketball game. He keeps on this other guy and keeps going off on him about it.

Finally he decides he’s going to rush in and throw a punch. After that, things really don’t go his way. It appears that the guy he tried to fight is pretty slick on the ground and immediately starts going to submission after submission.

‘A noon basketball game turns into a MMA fight.. When keeping it real goes wrong!!!!’