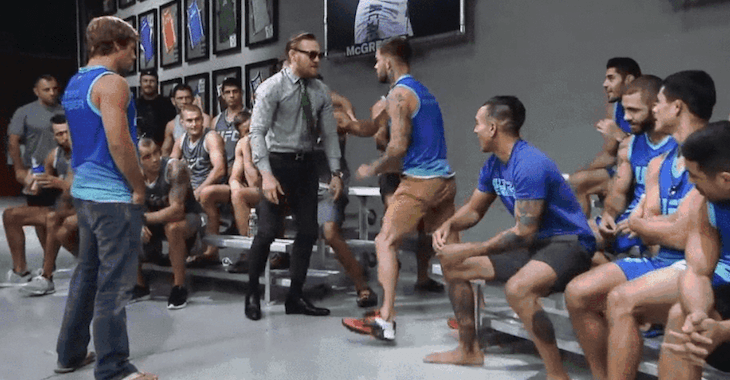 Well, Urijah Faber said that things got a little heated between some of the TUF coaches on the upcoming season and now it looks like we know what he was talking about.

In a recent promo shown during the UFC’s ‘GO BIG’ press conference we see a quick shot of Team Alpha Male fighter and UFC bantamweight standing and shoving interim featherweight champ Conor McGregor. The two teams rush in and separate them.

Conor can be seen laughing while the crowd surrounds him. It’s pretty short and we have no context to the situation, just the shove.

Check out the quick clip below in GIF form. What do you think caused the scuffle and will you be tuning in to this season to see all the McGregor drama?