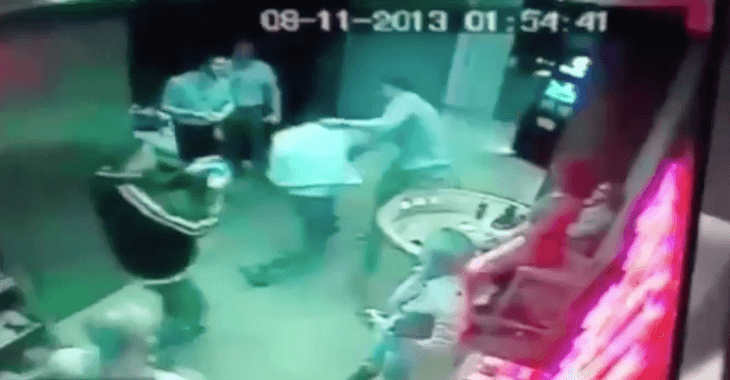 Jon Jones is still out of action, with no end in sight, following that alleged hit and run incident.

The UFC suspended him indefinitely and stripped him of his title. He’s currently waiting to see if felony charges will be brought against him. We really haven’t seen much of Jones, aside from a little bit of train footage and some videos of him working with kids.

It is expected that he’ll eventually come back, but nobody knows when.

Do you guys remember that time Jones and heavyweight Frank Mir went after each other in a busy hallway. They were apparently playing around, but man it got pretty physical. Do you guys miss Jones or is the division fine without him?

Jon Jones & Frank Mir play fighting with each other backstage at a party in Moscow, Russia 2 years ago pic.twitter.com/fTsDNrorCq