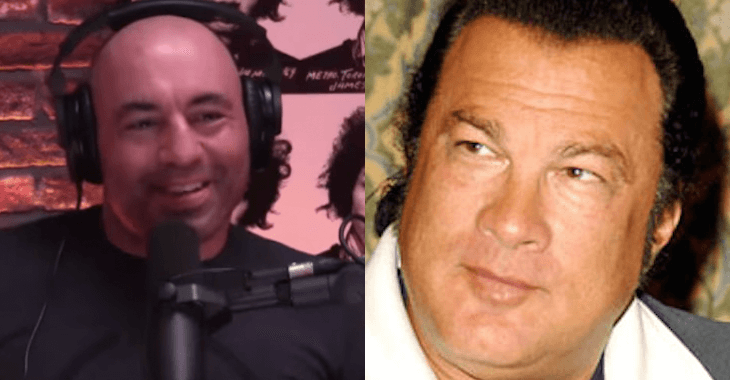 Martial arts legend Steven Seagal claims to have helped train some of mixed martial arts most elite champions on their path to gold. The likes of Anderson Silva and Lyoto Machida have thanked Seagal for help in their post-fight speeches and have been seen training with them in various videos, but fans and fighters alike have questioned the icon’s legitimacy.

While there is no doubt of Seagal’s elite level in the world of Aikido, people are questioning the effectiveness of the martial art in actual combat. UFC commentator Joe Rogan thinks Aikido has no place in the octagon and anybody who is training in combat sports could easily take down an Aikido student! Check out what Rogan had to say to Andrew Hill, a neuroscientist who believes Aikido is a valid combat art, about Aikido!

What do you think? Could Steven Seagal take down some of the UFC’s best or is he just a good promotor? Share your thoughts in the comment section below!