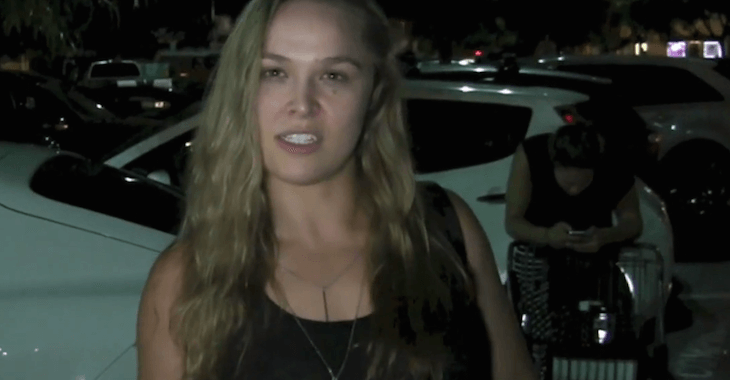 A few weeks back UFC champion Ronda Rousey was asked to the Marine Corps Ball by a marine who made a video, published it online, and then watched it go viral.

The video has well over four million views and it’s probably still going. Well of course Rousey saw the video and shocked some people by saying of course she would go with him.

The story blew up and now it looks like it’s actually going to happen. The power of the internet, it’s a beautiful thing.

In this video, below, Rousey talks about the ball and says she still hasn’t met the marine, but hopes to have her ‘Never Been Kissed’ moment. For those who might be to young, that’s a movie starring Drew Barrymore.