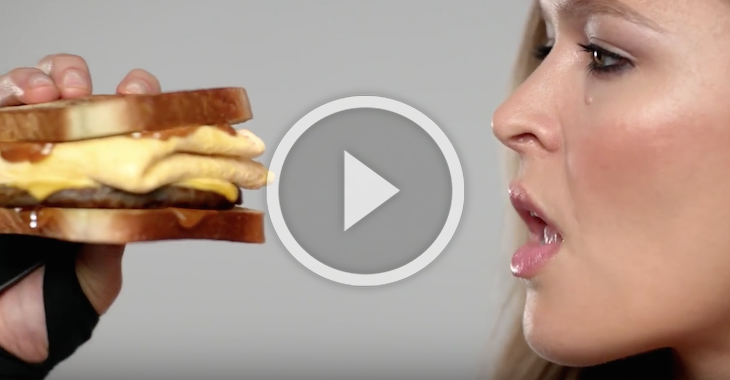 In this one Rousey maintains her strong female persona, but still eats a sandwich very slowly……