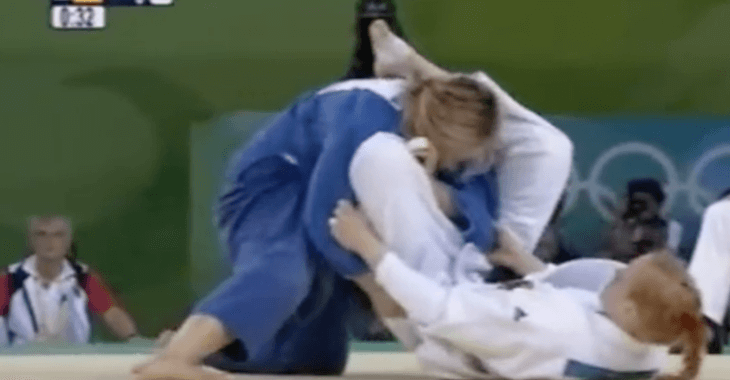 UFC bantamweight champion Ronda Rousey is currently taking out everyone in her division and will next face off with undefeated prospect Holly Holm at UFC 193, an event that the UFC is hoping will break the all time attendance record.

Rousey has surprised some media and fans recently by saying that she plans on retiring from the sport around 31 or 32 years old. She’s currently 28 and says that people need to keep in mind that she might only have been fighting for like 5 years or so, but she’s been competing at a high level of competition since she was a young kid.

Before she tried out MMA, she was winning olympic medals in Judo.

Check out the video below, showing Rousey win the bronze olympic medal at the 2008 olympics: