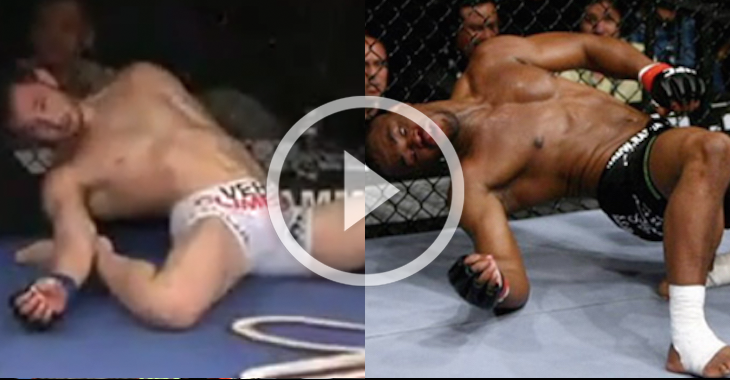 What could easily earn the most vicious knockout in the half-year awards also takes the cake for the best stanky-leg knockout in mixed martial arts. Kevin Bostick WRECKED Chris Costello at “BAMMA USA BadBeat 15” with an elbow while he was near the cage. Instead of falling backward, Costello simply folded and landed in the awkward position called “The Stanky Leg”.

This term was coined within the UFC world when Rashad Evans suffered a knockout loss at the hands of Lyoto Machida. The way Evans landed was reminiscent of the “Stanky Leg” dance.

Which one do you think is better?