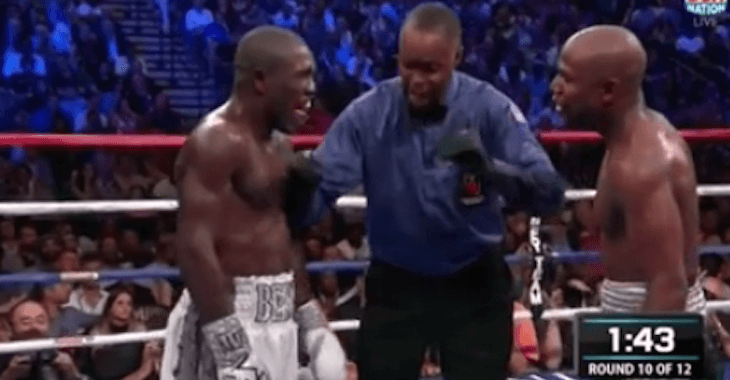 Floyd Mayweather secured his forty-ninth victory in a row on Saturday night when he earned another decision win, this time against Andre Berto. Berto tried his hardest to get “Money” to engage in a scrap, but Mayweather had no interest and stuck to his strategy. Berto and Mayweather got into it several times throughout the fight, which forced the referee to warn them about their trash talking?

Check out the clip below in the video supplied by legendary The Viner!