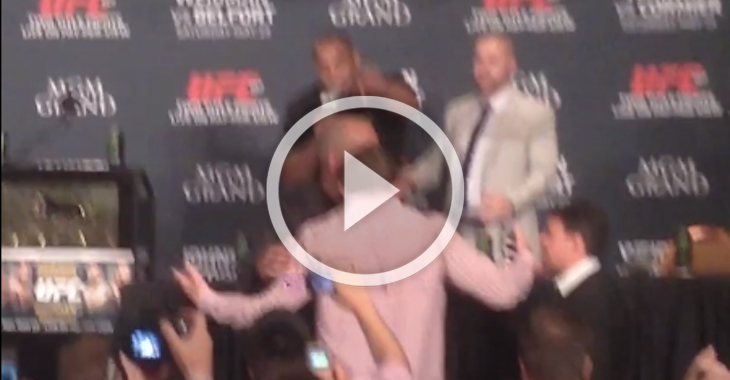 New footage has been revealed of Daniel Cormier confronting Ryan Bader at the UFC 187 Post Fight Press Conference. Bader was standing in the back of the room mouthing off the newly crowned champion and the two had a confrontation that had to be separated by UFC officials!