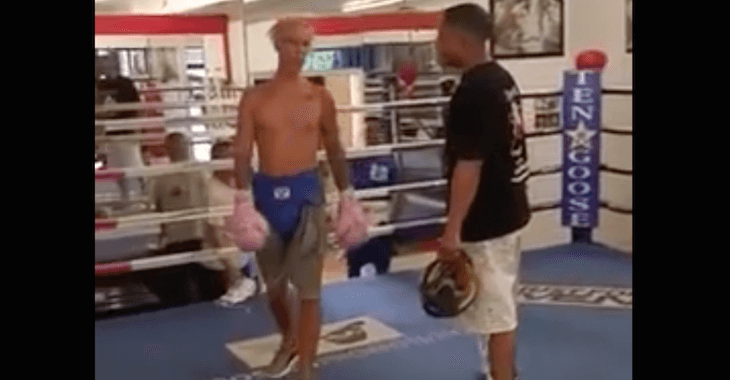 So it looks like pop music star Justin Bieber is training to fight Floyd Mayweather. That’s a joke.

But there is a video of the singer showing the blond haired Bieber getting ready to do some sparring.

As you can see he looks ready to go, in his pink gloves and low top skater shoes. You know what, now that I’m thinking about it more, I think Mayweather and Bieber should fight.

Obviously Mayweather could use the boost, since his fight this Saturday is apparently struggling to sell tickets, and let’s be honest, nobody cares about that fight.

So let’s just set up a ridiculous fight between him and Bieber and I’m sure it will sell out for several different reasons. But really, that’d be pretty awesome.

Anyway, check out the video!