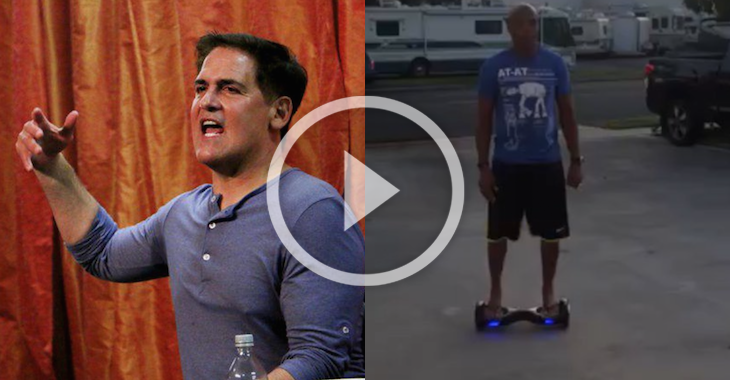 ‘Shark Tank’ star and owner of the NBA team, Dallas Mavericks, Mark Cuban, is on a mission to destroy anyone who’s trying to sell those cool ‘hoverboard’ things, which are actually two wheeled scooter things, according to TMZ.

Why? Cuban claims that he partnered up with Shane Chen, who had already put a patent on a “two-wheel, self-balancing vehicle with independently movable foot placement sections,” in 2014.

Since then several other companies have started manufacturing the product and selling it, regardless of the fact that they’re allegedly using Chen’s schematics.

So, Cuban is joining forces with Chen to go after all the companies trying to sell the hoverboard things. What am I talking about?

Oh, here, Anderson Silva’s riding one of the contraptions in question. It is unknown if Silva owns one of Cuban’s or a rip off.