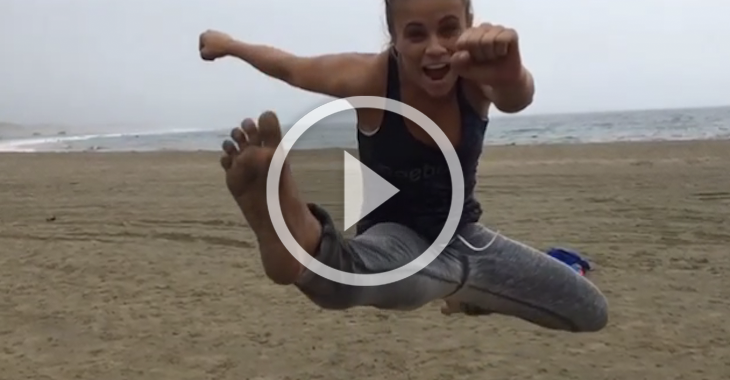 Paige VanZant is taking the women’s strawweight division by storm and she has her sights set on Alex Chambers next! The two are set to square off in Las Vegas at UFC 191 on September 5, 2015.

VanZant is undefeated in the octagon with big wins against Kailin Curran and Felice Herrig. Her victory over Herrig solidified her spot as a worthy contender and not just another pretty face.

Chambers lost her octagon debut against Aisling Daley when she walked into an armbar attempt that ended the fight in the first round. Chambers has since shown improvement with a victory over Kailin Curran at “UFC Fight Night: Miocic vs. Hunt” in May.

VanZant posted the following video showing off her Reebok swag, energy, and athleticism!