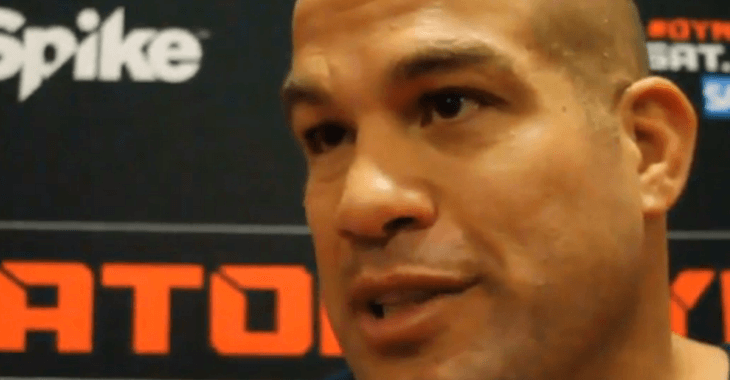 MMA legend Tito Ortiz will once again fight for a world title. This Saturday at Bellator ‘Dynamite’ ‘The Huntington Beach Bad Boy’ will look to capture the light heavyweight title from the current champ, Liam McGeary.

Now he’ll take on the younger fighter who comes in with an undefeated record of 10-0. The fight this Saturday will take place in the night’s main event and will cap off what should be an exciting night of combat sports action.

Tito talked to the media ahead of his title fight, including BJPENN.COM’s Layzie The Savage.

Ortiz talks about fighting a much younger fighter in McGeary and responds to the champ’s comments about him having ‘old man strength.’

Watch the clip below!