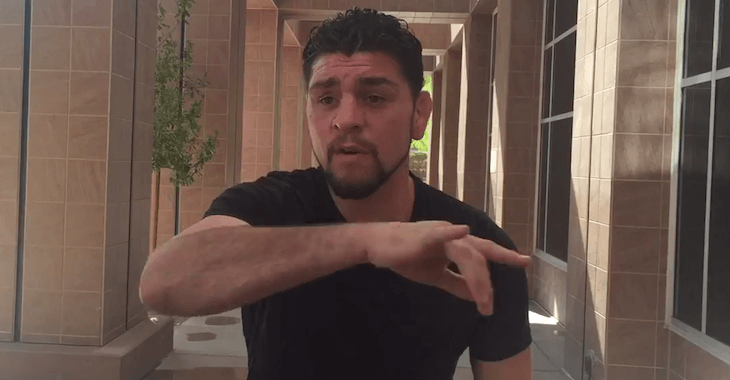 The Nevada State Athletic Commission decided the fate of UFC’s Nick Diaz during their hearing on Monday, and it isn’t good if you are a fan of the former Strikeforce Welterweight Champion. Nick Diaz has been suspended for five years for failing one of post-fight UFC 183 drug tests. He was also fined 33% of his $500,000 fight purse.

It is interesting to see Anderson Silva get suspended for a year for testing positive for performance enhancing drugs by the NSAC while Diaz, who simply tested positive for marijuana metabolites, is out for five years. Diaz is 32 right now and will be 36 when he is allowed to apply for another license to compete again.

Outside the NSAC offices, Diaz went on a rant about steroids in mixed martial arts and why he think it is an injustice for him to get punished so severely:

Are you part of #FreeNickDiaz or do you think the Nevada State Athletic Commission was in the right? Share your thoughts in the comment section below!