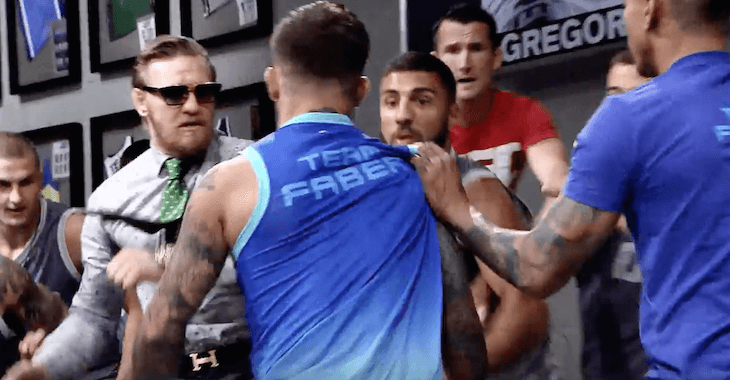 The new season of The Ultimate Fighter, featuring Team Conor McGregor vs. Team Urijah Faber, will premiere on Wednesday, Sept. 9. It will be two teams, UFC and Europe, coached by the two UFC stars. We’ve seen short clips of the show leading up to it, but now we finally have a promo that shows footage and we get to see the teams interacting with each other.

We get to see Faber and his team making fun of McGregor and the Irishmen doing what he does best, telling Faber he needs to dress his age.

We also get the clip of Team Alpha Male’s Cody Garbrandt standing and shoving McGregor, then both teams jump in and try break everything up.

Will you be tuning in?