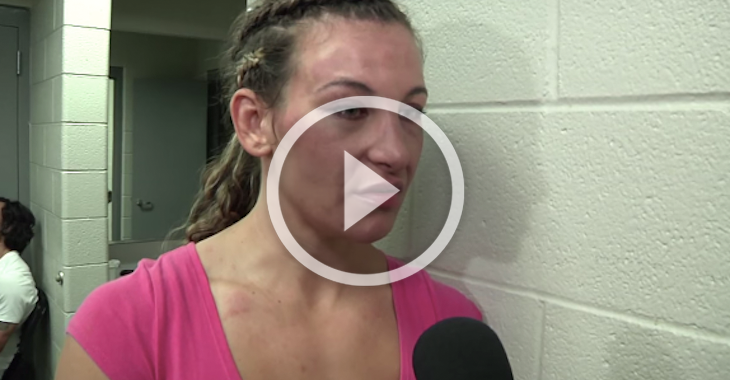 Miesha Tate picked up a win last night at “UFC on FOX 16” against Jessica Eye and has earned another shot at the UFC Bantamweight Championship. Check out her backstage interview with UFC’s Megan Olivi! Do you think Tate will face Ronda Rousey or Bethe Correia? Share your thoughts in the comment section below!